Spread the Word, not the Germs: An Eco Mom & UV Care Review

As humans evolve, so do viruses and bacteria. Every year, new strains get more aggressive. In fact, according to the President of Microbiology and Infectious Diseases, Dr. Mary Rose Delos Reyes, the incidence of community-acquired Staph (a.k.a. superbug, MRSA) is increasing. It used to be limited to hospitals only, now it is literally EVERYWHERE. A few weeks ago, there were reported deaths in some schools due to Staph. Moreover, the resistance rate of MRSA to combined antibiotics has increased from 60.3% to 62.6% (this data is from Philippine Inquirer, issued 17 September 2016).

Sounds scary right? A deadly bacteria resistant to drugs! It makes you wonder how you can fight it off. And for parents, this is a lot scarier especially when you have newborn babies because their immune system is still developing.

The good thing is, there's a way to kill Staph as well as other deadly bacteria and viruses and prevent it from spreading. They have introduced the UV sterilizers in the Philippines last year.

UV-C (a form of UV Light) kills germs in a matter of seconds, eliminating Staph, MRSA, E.coli, among others. This technology is already being used to sterilize hospitals and hotels in other countries. All exposed surfaces to UV-C are sterilized; and the longer the exposure - the more sterile it is. Some said, why not just use steaming or chemicals? First of all, steaming can melt some items and even burn you. Plus, you cannot expose certain types of materials to steam (such as mobile phones, toys, etc). If I'm going to spend on a device, I might as well get something that the whole family can benefit from. Second, chemicals are not safe for people and pets. Boiling doesn't kill some bacteria either (aside from drug resistance, some are also heat-resistant - bacteria even multiplies faster in a warmer environment).

There are several brands available in the market now, but we opted for Eco Mom, basically because it has 2 UV lamps and more features (plus I'm in love with the Red glossy finish). It uses sensors to operate the several functions. It also has a dryer function for feeding bottles.

We used the Eco Mom to sterilize feeding bottles, fun feeding mats, sippy cups, cellphones, remote controls, utensils, the list goes on. Basically, everything that Kara uses has been sterilized as long as it fits inside. We don't do it all the time of course, just need to reduce the amount of germs esp with objects that are also used by other people (like remote controls).

Regarding the sippy cups, I absolutely hate that there are molds. Air-drying doesn't seem to cut it. After using Eco Mom, the mold disappeared (I had no idea that UVC can also eradicate mold so more plus points for that!) Just make sure to use the auto-function (it includes the dryer).

We also received products from UV Care for review. What we love about UV Care is that they have a wide array of UV Sterilizers which are PORTABLE. Yes, you can bring them around with you and kill germs everywhere. We're bringing our Germ Zapper with us when we go to Phuket next month. I also keep the tiny pocket sterilizer in my bag. Now, isn't that amazing? We used the Germ Zapper to sterilize our bedrooms, our cars, and of course our comfort rooms. My husband was so impressed because there's a weird smell in Kara's CR that won't go away no matter how much bleaching and air-purifying has been done, but after 30 minutes of "zapping", it was gone! Hooray!

Anyway, my friend and I did an experiment to see the effects of UVC on bacteria without the need for a microscope. I've done this loads of times by the way (for schoolwork). You can see the steps here (in case you want to try it yourself or if your child wants to grow bacteria or fungi for a school project). By the way, instead of Beef stock powder, you can use Knorr Beef Broth Cubes. And, if you're scared to do a swab from the stuff in your house (or from the inside cheeks of your mouth or under your finger nails), you can use yogurt (remember, it has live, good bacteria).

Here are the results using Eco Mom. Swab is from TV Remote Control and my Samsung Galaxy S8. The cloudy formation is fungus and this can't be avoided because the petri dishes were just placed inside a box  (DIY incubator) and left at a dark corner at the garage for 24 hours. The upper petri dish is what the colony looked like before UVC exposure, and then the bottom one is after 1 minute of sterilization. Even the fungus died. When you expose it longer, there will be 0 colonies left. 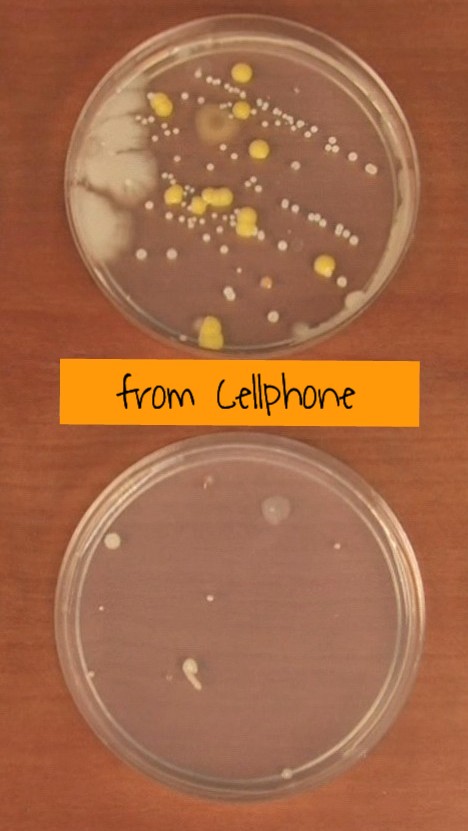 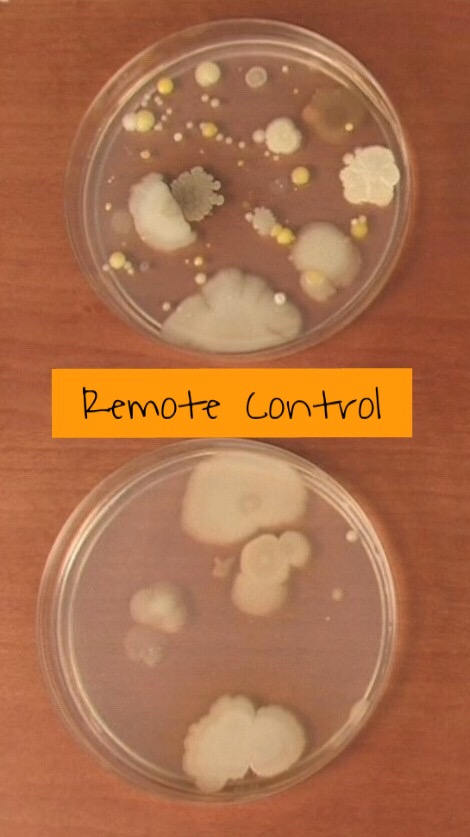 Here are the results from UV Care. Swab is from the toilet sink. The petri dish on the right is the colony before UVC exposure. After 30 minutes of zapping, there's a huge difference in the count (and in the smell of our bathroom). The reason why there are still some is because our bathroom is quite big and I placed the zapper by the wash basin which is somewhat near the toilet sink. The zapper can cover 15 sqm (i.e. anything the light touches). You have to do a repeat for areas bigger than 15 sqm.

I also used the UV Care portable Germ Exterminator to sterilize my keyboard (if you've seen how much bacteria keyboards and door knobs contain, you will be totally grossed out. This is why doctors always tell us to WASH OUR HANDS). I ran out of petri dishes so we're headed to Mercury Drug to get more (just for added fun, I want to see the colony from the macbook after exposure to UVC).

I hope you find this blog useful - Of course, there are thousands of official studies on the effectiveness of UVC in killing various types of bacteria and viruses. But, I just had to do the experiment for my peace of mind. As I've mentioned a thousand times, I'm an organic evangelist (I only promote what we've personally tested and proven effective).

As a final advice, MAKE SURE TO SPREAD THE WORD ON THIS (NOT THE GERMS! for starters, avoid doing handshakes - it's an age old practice to show that you are not holding a physical weapon).

You can order both Eco Mom and all the portable products of UV Care from The Parenting Emporium.

Setting Up A Montessori Baby Room